This is part of a three-part blog Soil Carbon Curious series powered by our partners at Elemental Excelerator. Along with this educational series, PastureMap is working with Point Blue Conservation Science to integrate soil health data from California ranchers into the PastureMap platform.

If you haven't already, click here to read Part I: The Current State of Soil Health Technology.

So you’re soil carbon curious, and you’re committed to building soil carbon baseline data. One of the key questions our producers ask is - how can I make soil tests useful? You want your soil data to provide value to your management decisions. That means being able to track change over time and comparing soil data to each other over time.

How comparable is my soil carbon data with other soil tests?

At this moment, comparing and sharing soil carbon data is not easy. This is because the methodologies are so varying, and collection methods are so different. In an ideal data analyst’s world, we’d collect standardized data from each farm’s paddocks and make comparisons of grazing practices that increasing soil carbon. Unfortunately, nature is rarely standardized.

We interviewed Dr. Rebecca Ryals at UC Merced, one of the leading scientists who worked with Dr. Wendy Silver on soil carbon measurements at the Marin Carbon Project. Dr Ryals explains that there is quite a lot of variation and dispute in the scientific community for how to measure soil carbon stocks.

How can we make soil data easy to compare?

Don’t lose hope! Point Blue Conservation Science, PastureMap, and other organizations are building a future where soil carbon data can at least be shared with your team, your neighbor (maybe), and with like-minded folks in your community. 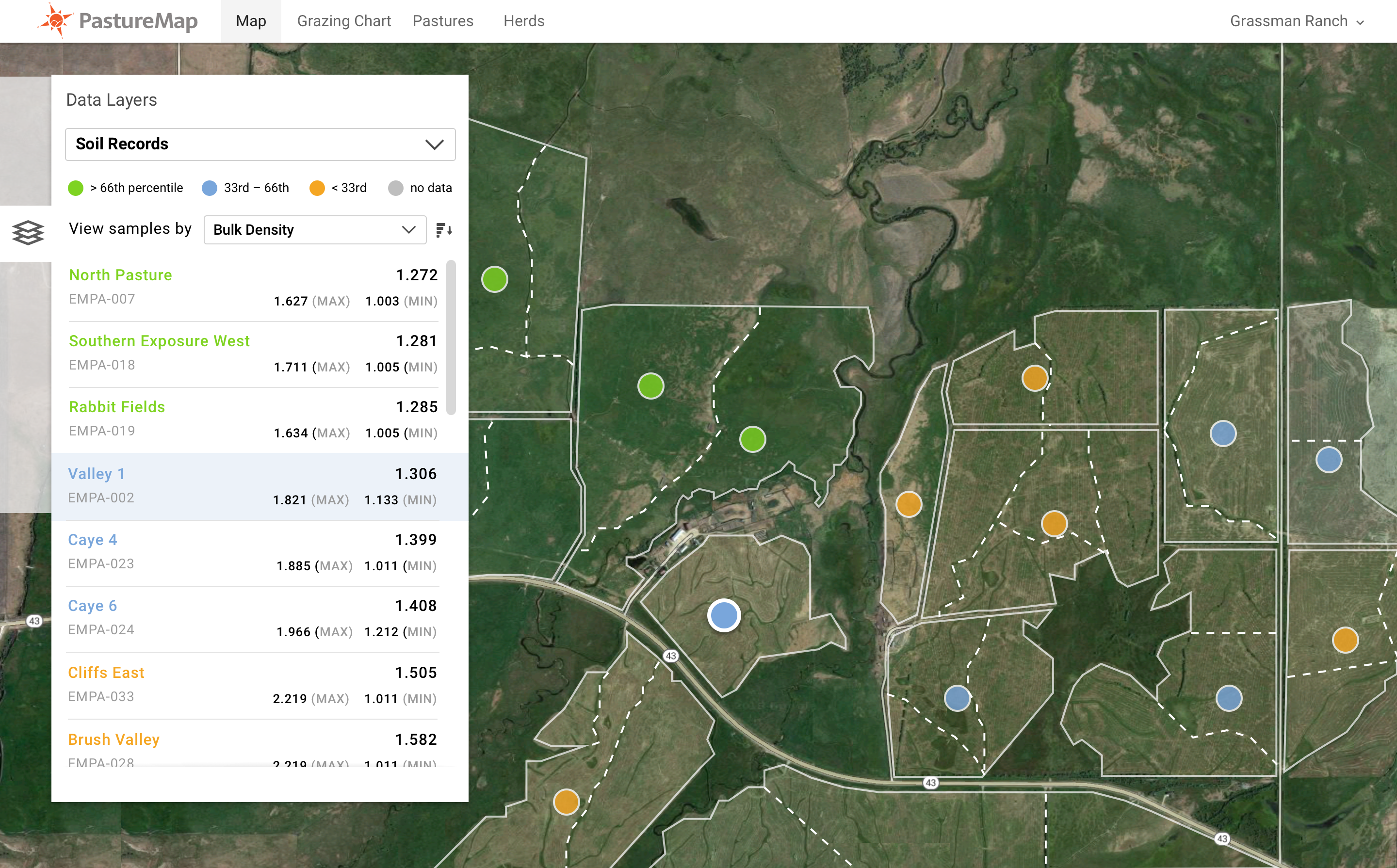 How to draw useful insights from soil data

Our data visualization doesn't solve all the data challenges of soil health measurement, but it's a start. Here are other folks doing great work to make soil carbon data comparable and shareable.

Get soil carbon curious with others

We know that it’s difficult to talk to neighbors. But many of your neighbors are soil carbon curious but “too polite to ask”. Given the hyper-regional nature of grazing and soil data insights, your neighbors are the actually the most likely people in the world to benefit from your soil carbon insights. Consider sharing this Soil Carbon Curious series in your newsletter or Facebook / Instagram as a first step.

Know any other soil data sharing networks we should be aware of? Get in touch! Stay tuned for Part III of Soil Carbon Curious: when can farmers and ranchers get paid for sequestering soil carbon?